Waterford pupil is the best in the world 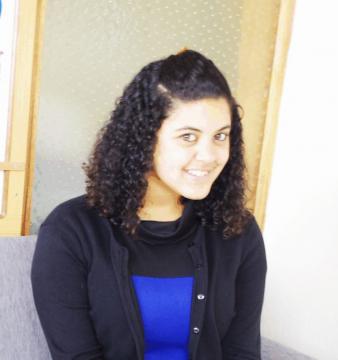 Patel got an average of 99 per cent in a series of four Spanish papers. She said she could not believe it when she got the news that she was the best in the world.
“I feel very happy. I didn’t expect this when I was writing that exam,” she said. She also said what surprised her the most was that the exam seemed harder than the practice papers they had been writing in preparation.

Describing her work ethic, Patel said: “I do not overwork myself. I only do my work. I am not the type of person who wouldn’t have time for other things and I balance my schedule.”
The acting Principal of Waterford Kamhlaba, Bruce Wells, said the award recognised the talent, dedication and commitment for both the learners and staff.

He also said this was the second year in succession that a Waterford Kamhlaba pupil has been recognised for acquiring the best result in the subject.
Wells also paid special tribute to Patricia O’Connor from Chile, Patel’s Spanish teacher, for teaching her and preparing her well for the examinations. O’Connor described Patel’s achievement as a great one for herself and the school.

“She has made a great achievement and in Swaziland this is the only school that teaches Spanish as an accelerated course,” O’Connor said.
She also made mention that Patel was a special pupil who speaks fluent French, English, siSwati, and Portuguese.

Cyrus Patel, Arnaz’s father, congratulated her daughter and said the whole family was proud of her achievement.
“We are ecstatic about it. It is quite an achievement for her and an honour for the family,” he said.
The top performing learner received her award during a ceremony yesterday at Waterford Kamhlaba.

Cambridge Top in the World awards recognises the success of learners who have achieved the highest standard mark in the world for a single subject.
Cambridge programmes are taken by learners in more than 9 000 schools in 160 countries.